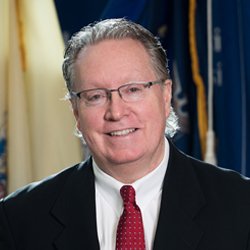 As President, Mr. Smith is unwavering in his commitment to student success. As such, he has been an instrumental leader in the conceptualization and implementation of initiatives aimed at making graduation an institutional priority, thus leading students to achieve lifelong success in dynamic careers.

Mr. Smith has placed a particular focus on the delivery of extensive student support services, the integration of career-focused preparation into academics, and the use of assessment and technology to enhance the delivery of teaching and learning.

Under the leadership of Mr. Smith, Berkeley College has expanded its reach among diverse communities, including through prominent Latino and African-American organizations. In addition, the College has been recognized for its volunteer and community service contributions, and was named to the President’s Higher Education Community Service Honor Roll.

Before joining Berkeley College, Mr. Smith was Managing Director and Chief Financial Officer of MetLife Realty Group. He is also an accomplished public servant. He was twice elected to represent the 55,000 residents of District 3 on the Westchester County Board of Legislators from 2012 to 2015, serving as the Chairman of the Committee on Economic Development and Capital Projects during the 2014-15 legislative term. From 2005 to 2011, Mr. Smith served on the Valhalla Union Free School District Board of Education, where his peers elected him President of the Board of Education for three consecutive years from July 2008 to June 2011.

Mr. Smith is a Certified Public Accountant and a Chartered Financial Analyst. He holds a Master of Business Administration degree in Finance from Fordham University Graduate School of Business and a Bachelor of Science degree in Accounting from Fairfield University.

The information reflected in this profile has been furnished and verified by the individual biographee, who is solely responsible for such content.